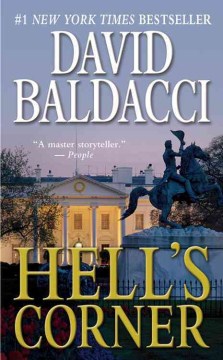 Yet in his mind’s eye it was decades ago and Stone pulled the trigger on his custom sniper rifle, ending the life of another enemy of the United States as he walked across the street with his mistress toward the luxury hotel where they were going to have sex. His downfall had been ordering the execution of two CIA personnel in Poland. Stone had put a shot through the right eyeball at the stroke of eleven p.m. from a distance of nine hundred yards on elevated ground with a breeze from the north that had given him a few anxious moments. The mistress hadn’t even known what happened until her dead lover hit the pavement. The NYPD and local FBI, tipped off to what was going down, had never attempted to solve the case. That’s just how it was done back then. Hell, thought Stone, maybe that was how it was still done.