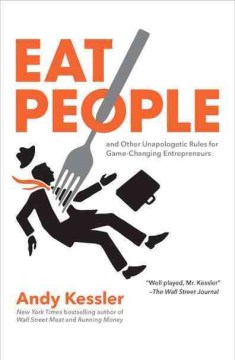 And Other Unapologetic Rules for Game-changing Entrepreneurs

Penguin Putnam
How entrepreneurs find the next big thing-and make it huge.

The era of easy money and easy jobs is officially over. Today, we're all entrepreneurs, and the tides of change threaten to capsize anyone who plays it safe. Taking risks is the name of the game-but how can you tell a smart bet from a stupid gamble?

Whether you're at a big corporation or running a small business, you're now an entrepreneur. Will you see change coming and grab on to opportunity or miss the boat?

Baker & Taylor
Argues that conservative investment practices no longer apply in today's world, outlining twelve radical and controversial rules based on the practices of leading entrepreneurs.

Blackwell Publishing
"The economy may have blown up, but the underlying principles for wealth creation still exist. Maybe even stronger than ever. How to tap them is not so obvious. But it's never obvious. You have to figure out how to create the future yourself."

Andy Kessler is fed up with people who spout nonsense about what it takes to launch and grow a kick-ass business.

In his distinguished career as a stock analyst, investment banker, venture capitalist, and hedge fund manager, Kessler learned the no-B.S. truth about great start-ups. He evaluated people like Mark Zuckerberg and Michael Dell long before they were Mark Zuckerberg and Michael Dell. And he's heard hundreds of pitches from smooth talkers whose ventures quickly crashed and burned.

Kessler figured out that in good times or bad, superstar entrepreneurs don't just start profitable companies; they overturn entire industries. They identify and latch on to trends that go up and up and up. They make the world more efficient, make life better for their customers, and make themselves insanely rich in the process. From Wal-Mart to Intel, low-tech to high-tech, the classic formula of creative destruction keeps playing out.

But this isn't just a capitalist manifesto or a rah-rah book about how great it is to start a disruptive company. Kessler tackles the big question: Before you try launching the next Google, How can you tell of you're making a smart bet or chasing a delusion?

As Kessler writes, "If all you want to do is take over some old company and milk it, I can't help you. If you're pursuing a protected franchise in banking or insurance or medicine or whatever, you're on your own. But if you want to make something from nothing, help the world be more productive, create wealth for the masses beyond anyone's imagination ...I can steer you in the right direction."

Baker
& Taylor
The best-selling author of Wall Street Meat argues that conservative investment practices no longer apply in today’s world, outlining 12 radical and controversial rules based on the practices of leading entrepreneurs.