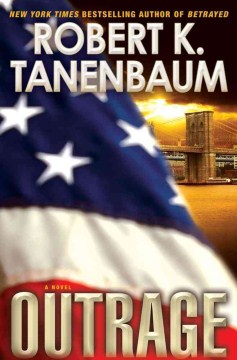 Baker & Taylor
New York District Attorney Roger "Butch" Karp faces one of his most challenging and dramatic cases when his wife Marlene Ciampi learns that his office has indicted the wrong man for murder.

Simon and Schuster
Robert K. Tanenbaum’s electrifying new thriller, District Attorney Butch Karp battles a failure of the system, a police detective desperate to solve a case for his own ends, and a homicidal maniac who will stop at nothing to protect the truth.

Months after a brutal double homicide in uptown Manhattan shocks the city, sensational newspaper headlines herald the arrest and indictment of Felix Acevedo, a shy Bronx teenager who confessed to the horrific crimes. But downtown, in the district attorney’s office, Butch Karp is seething.

No sooner does he bask in the relief of successfully closing the case on murderous imam Sharif Jabbar than he is thrust into the center of a high-profile prosecution that threatens the integrity of his office. An ambitious young assistant district attorney, seeking career advancement, cuts corners to indict Acevedo, disregarding Karp’s fundamental rule: Never charge the accused unless the evidence leads inexorably to proof beyond a reasonable doubt. Now, damned by a coerced confession and a frenzied media bent on lynching him, Acevedo sits in jail while a vicious killer stalks the city.

Karp’s wife, Marlene Ciampi, one half of the “crime-fighting family” proclaimed by the media, hits the streets for clues that will save the unjustly accused defendant. What she discovers puts her on the trail of the true perpetrator—a drug-addicted psychopath with an ax to grind—and a disgruntled police detective who is willing to lie, withhold evidence, and kill to be labeled a hero. But it also puts her in the center of a dangerous race to be the last man standing and if she’s not careful, one of the other players will take the prize.

From the gruesome crime scene to a trial that will leave readers on the edge of their seats, Robert K. Tanenbaum’s unstoppable novel unfolds at breakneck speed as Karp and Ciampi fight for justice in a dramatic and challenging case that will thrill readers to the bone.

Fast pace detective story about a violent meth addict killer and how a "feeble" young man was coerced to admit to those crimes. Soon the DA & his wife got involved to right the wrong.

Another great book with an excellent plot. You don't have to be a lawyer to understand his books . Different plot from rest of books but an excellent read.